Rich Pickings for Carlos Slim, a Financial Prodigy who Started Young — and Kept on Going

Depending on the state of the world’s stock markets and which wealth-list you consult, Carlos Slim is one of the richest men in the world — though the Mexican industrialist and businessman claims to be indifferent to such rankings.

Carlos Slim is the founder of Grupo Carso, a business empire so sprawling it is sometimes referred to as “Slimlandia”. Despite his $78bn fortune, this self-made man leads a frugal lifestyle: he has lived in the same house in Mexico City for 40 years. The one luxury he allows himself is an indulgence in Cuban cigars. 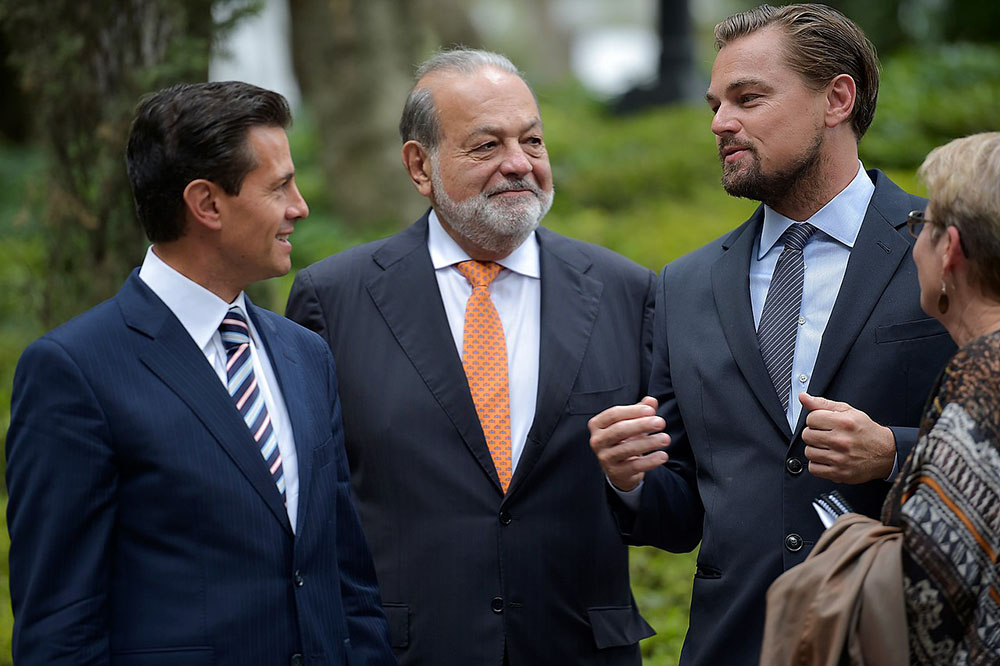 As the founder of one of the largest conglomerates in Latin America, he is aware that fortunes can plummet just as quickly as they can soar. Faster, even: it’s said that he lost some nine percent of his wealth when Donald Trump was elected in 2016. The former president’s bellicose rants caused a sudden fall in value of the Mexican peso. In the closing days of Trump’s presidential campaign, he even singled out Slim as part of a globalist cabal intent on snuffing out his populist candidacy.

Within weeks, Carlos Slim was dining with the president-elect at his Palm Beach estate. Such were his charisma and political nous that Trump emerged beaming from the meeting with the words: “A lovely dinner with a wonderful man.”

Carlos Slim was born in Mexico City in 1940 to Julián Slim Haddad (born Khalil Salim Haddad Aglamaz) and Linda Helú Atta, Maronite Christians from Lebanon. Khalil was a successful local businessman, who imparted a love of mathematics and economics to his son. At age 11, the young Carlos invested his pocket money in a government bond, keeping details of his financial endeavours in a hand-written ledger — which he still owns.

In his teenage years, Slim continued to dabble in stocks — under his father’s guidance. He was just 13 when Khalil died, and he inherited the small family business. Within a few years, he was confidently investing growing profits in a range of sectors.

Carlos Slim studied civil engineering at university in Mexico City, and is still referred to in the Mexican press as “el Ingeniero” (“The Engineer”). But his interests include such diverse areas as telecoms, education, healthcare, manufacturing, transport, real estate, media, energy, hospitality, entertainment, technology, retail, sports, and financial services. The founder of Grupo Carso’s businesses account for 40 percent of the listings on the Mexican Stock Exchange, and his net worth is equivalent to six percent of Mexico’s GDP.

Slim was married for 32 years to Soumaya Domit Gemayel, who died in 1990. The couple had six children, most of whom work in their father’s businesses. An interest in art led to Slim to fund the establishment of a non-profit museum in the city, named in honour of his wife. He has said he has no plans to remarry, but there were rumours in 2009 that he was romantically involved with the widowed Queen Noor of Jordan.

In recent years, Carlos Slim has been gradually handing the empire’s reins to his children, stepping back from day-to-day involvement — but retaining ultimate control. He prefers to concentrate on philanthropic endeavours, nowadays, but every week he has dinner with his children and their families to discuss business affairs.

There are several biographies, in Spanish and English, of Carlos Slim. Most are unauthorised and concentrate on his business acumen, his mathematical brain, and his proclivity for acquiring businesses during periods of recession, at knock-down prices. In his 2019 biography Carlos Slim: The Power, Money and Morality of One of the World’s Richest Men, author Diego Osorno advanced another theory for his stellar career.

After a series of one-on-one interviews with the great man, conducted over a period of years, Osorno concluded that it was Slim’s ability to navigate politics that was the cornerstone of his success. He wrote: “It has been his loyalty to the political system that has helped him to consolidate a personal empire unimaginable in a country with more than 52 million people in poverty.”